G-Bio Energy Group rehabilitates distressed land in various areas on the African Continent in general and Mozambique in particular. Through collaboration with both public and private sectors in Africa, GBE Group is converting the largest distressed land including but not limited to abandoned land but also desertified land. GBE Group aims to revitalize the following types of distressed land using state of the art farming technologies and create advanced biofuels that meet our global society’s sustainable energy needs.

Coconut trees in Mozambique were infected with the yellow disease causing the trees to gradually die. Eventually, the coconut farms were abandoned and wastes slowly built up, spreading diseases. GBE Group will grow our P. Tree crop and provide the needed solutions to rehabilitate these lands.

Cotton growing was once a profitable business with cotton fields dotting the land in Mozambique. However, farmers suffered huge losses due to pest problems. The most destructive pest is the African bollworm (Helicoverpa armigera) which in severe cases can cause 100% loss, bringing untold misery and poverty to cotton farmers. In addition to the pest problems facing the cotton industry in Mozambique, the failure of the market mechanism and replacement of cotton with synthetic fibers such as polyester have exacerbated the problem. Therefore, many farmers found themselves compelled to forgo cotton farming resulting in large areas of cotton fields being abandoned. 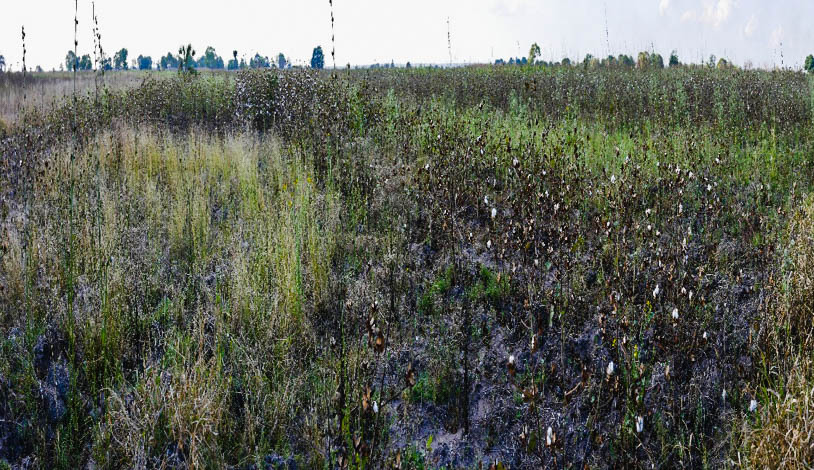 To revitalize these lands, GBE Group is collaborating with the landowners, clearing out the remaining cotton plants and planting P. Tree in the fields making efficient use of the land to generate new income for the local communities. This will create a positive impact on the livelihood of locals and improve their economic situations. 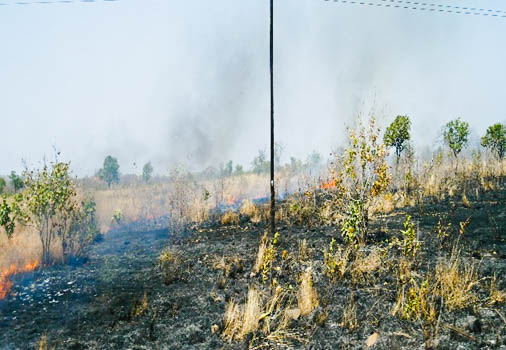 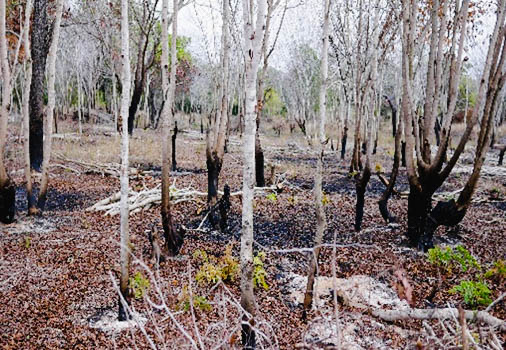 Local Mozambicans burn trees in order to obtain charcoal. If these burnt trees are left untouched after burning, the entire parcel of land will turn into a desert. Growing P. Trees will rehabilitate the forest as this plant is proven to be able to produce Nitrogen on its own, which is one of the essential components of fertilizers.
04 —

A long time ago a million hectares of trees were cut down by Chinese and Portuguese. If trees are cut down without replanting, the land will become dry because there are no plants to capture moisture and no trees to provide shade for new plants to grow. The P. Tree will remedy this as it has been proven to be able to survive under very dry (desert) conditions. Whether by burning or cutting, the evolution of land from deforestation to desert is inevitable as the great Sahara Desert stands in mute testament.

Coal and other depleted mining sites

Mozambique is rich in natural resources such as coal and precious stones. When the mines are no longer profitable, the commercial operations are terminated, and the sites are left unattended and abandoned. Usually the sites have no vegetation due to the poor condition of the land. GBE Group will provide needed solutions to the mine operators by planting P. Trees on the abandoned mine fields. 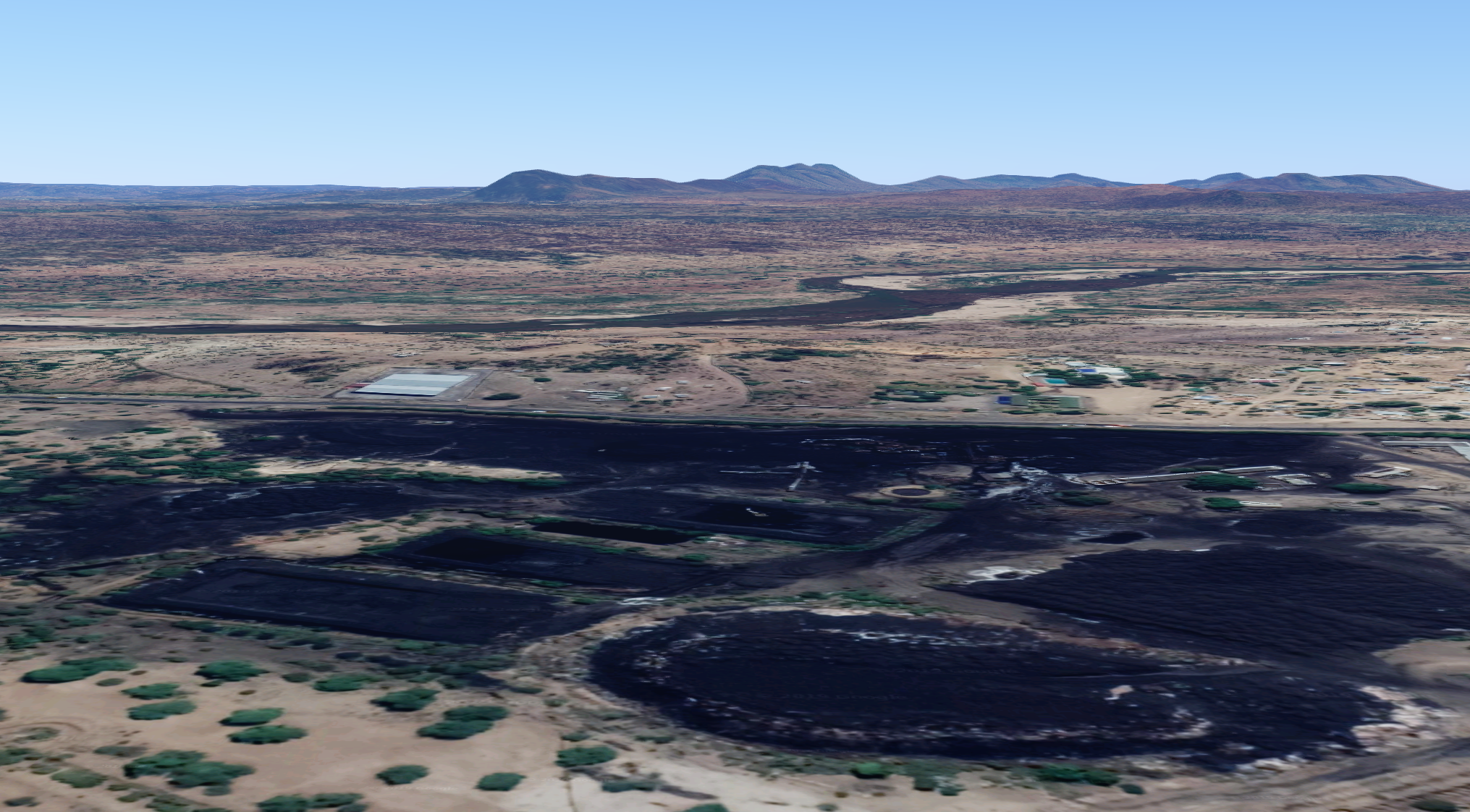 This will greatly help toward resolving the environmental issues confronting the mine operators, creating employment for the local inhabitants and generating needed income that will contribute towards the economic growth of the districts and townships. Lands are damaged due to mineral mining. GBE Group will join with the farmers in a cooperative farming venture whereby we will grow and harvest P. Trees as well as rehabilitate and revitalize lost land for the country.

Floods adversely affect agricultural lands in Mozambique. By growing different biofuels crops and trees on these lands, the strong roots of the trees will absorb water during heavy rainfall, preventing floods. Furthermore, flood areas usually offer soil rich in nutrition as this nutrition is brought by water from higher land. Some of the trees we plant will reduce the impact of big winds.

GBE Group will provide solutions to tackle these abandoned lands due to the failure of Jatropha projects. From 2008 to December 2012, the Center for Agricultural Promotion (CEPAGRI) registered 38 proposals for biofuel projects, totaling an area of 454,754 ha of which 407,802 hectares were approved in 2012, as pointed out by (JARAK, 2012) and published by the International Institute for Asian Studies (IIAS). For Mozambique to become an oil-exporting country instead of being dependent on oil imports, farmers were encouraged to plant and cultivate Jatropha on all unused, marginal soils. The initial plan was to plant five hectares of Jatropha in each of Mozambique’s 128 districts.

As in many other countries, the Jatropha projects failed due to the poor agronomic performance of the Jatropha crop, the absence of supply chains, especially marketing channels, and the decline of investments due to the global economic crisis. Another factor was the government interest in biofuels waned due to the discoveries of gas and coal in Mozambique. As a result, the Jatropha plantations have remained idle and abandoned. GBE Group is collaborating with the landowners to convert the abandoned Jatropha farms into P.Tree plantations to generate biofuels and earn valuable foreign currencies to grow the economy of Mozambique.